My name is Suzanne. This is my new blog for my Media Law and Ethics class.  Be sure to visit my personal blog! I try to write in it every day, and I post it once a week. 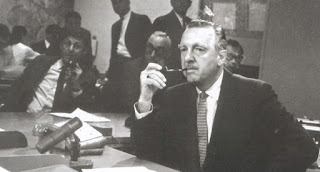 Back in the 60’s and 70’s, when I was growing up, there was no cable news. There was barely any cable TV, for that matter. Led by journalists such as Walter Cronkite and David Brinkley, the TV news had the reputation as being truthful and ethical. Video Link  Most of the TV news reporters got their start in newspapers or radio journalism. The 70’s saw the growth of TV’s influence, and there were more “talking heads” in TV news (as they made fun of with Ted Baxter on “The Mary Tyler Moore Show”). Video Link Once the TV news stations started hiring image consultants and making their news anchors commenting and making jokes to each other, then news became more like entertainment. Source

There were no TV news scandals back in those days. They had TV scandals, political scandals, music scandals and other entertainment scandals, but the news was revered for its honesty and lack of corruption. Video Link

By and large, most journalists are very ethical and just looking for the truth. However, the blurring of lines between news and entertainment has created TV news personalities that will say or do anything just for good ratings or more fans. Video Link   Source

In the 80’s, newsmagazines like 48 Hours came about, creating some of these TV news personalities and focusing on sensational crime cases. Source  In the 90’s, the growth of cable news stations brought many more, such as Lou Dobbs, Sean Hannity, Bill O’Reilly, Tucker Carlson, Glenn Beck, Joe Scarborough, Keith Olbermann, Rachel Maddow, Chris Matthews, Geraldo Rivera, Nancy Grace, and Hota Kotb. A lot of these people got their start in sports, business or entertainment, not journalism. Video Link 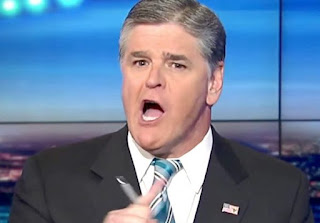 Most cable news networks pretend that their news is still fair, balanced, ethical and honest, but the shows are laden with lots of political opinion or other types of opinion shows that are not hard news based on fact.  The most trusted (and most factual) TV news can be found on the BBC (or BBC America in the U.S.) and PBS (or NPR on radio), followed by the broadcast news stations ABC, CBS and NBC; then CNN.  The other cable news stations are a lot more biased in one direction or another. Source  When you watch these cable news channels, it’s often hard to tell which parts are fact and which are opinion.  Unlike a newspaper, which clearly labels one section as “opinion,” the cable news mixes it all together, leaving the viewer to wonder what to believe. Of course, if a lot of your program is opinion-based, rather than fact-based, it's going to have bias. Video and Story Link 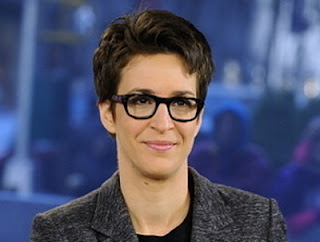 Cable news networks such as FOX and MSNBC pander to their respective right-wing and left-wing audiences. Many viewers live in a sort of ideological bubble where they share the same viewpoints as the shows they watch, the churches they go to, the people they’re friends with, their neighbors, etc. They don’t interact with people outside of that bubble, even on social media, because they block or unfriend anyone who disagrees with them. Video Link Source 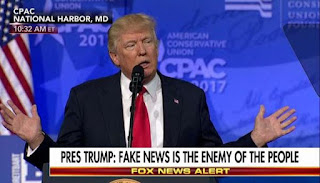 It could be dangerous when the president of the United States only watches one news station – the one that agrees with him.  He should be watching (and reading) all different viewpoints to get a better perspective. This is why he calls other news sources “fake news.” Source Quite a few columnists have pointed out that the president’s behavior is similar to that of a dictator; listening only to his own side of things, especially on TV news, and criticizing the rest, is one facet of dictators. Source Another facet is turning the public against journalists. Video Link Source  Investigating his enemies, demonizing minorities, and using nepotism are other traits that the president shares with dictators (just to name a few). Source
at January 10, 2018 No comments: