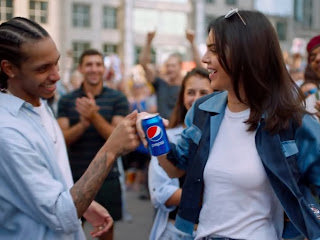 Advertising comes in many forms. Sometimes we're not sure whether something is an ad or not.  We're all very familiar with TV commercials, which are the most obvious ads. However, there is also the infomercial, which is a whole program designed to sell you something (and sometimes they can even be entertaining <--Video Link). 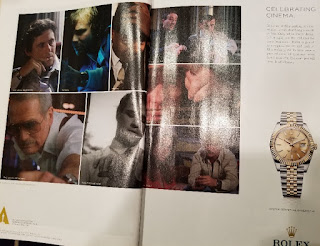 Magazine and newspaper ads used to be the second most obvious group, but sometimes it's hard to tell, when you're reading a magazine, if the page is an ad or not, such as the Rolex ad above. This ad was also a great commercial during the Oscars last year. Some of the ads are so deceptive that they put "advertising" or "sponsor" in very small letters, and the ad is related to the subject of the magazine. These are called "native ads," and they're very big right now in online ads. Sometimes the magazine ad is even interactive. On the internet, sometimes ads are obvious, and other times they're very deceptive. Most of the time, these ads fall well within the guidelines of legality. 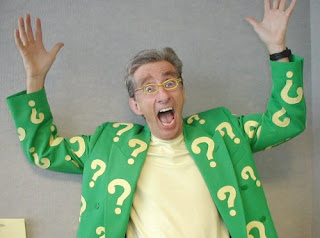 When is an advertisement not ethical? And when is it illegal?  There are some late night commercials that I've seen, that seem like obvious fraud, and I wonder how they get away with it. The worst one, to me, is the money-making books sold by Matthew Lesko. He looks a little bit like the Riddler in these ads (he has question marks all over his suit), and he has a snappy patter. Video Link (I used to get him mixed up with Mr. Six from the Magic Mountain commercials. <--Video Link) Lesko is selling books that he swears will help you get free money from the government. I've always wondered why that's not fraud. Apparently he was investigated in 2005, but not prosecuted. He gets away with it because these are free government grants that are real, even though the people who buy the books may not be eligible for the grants. To me it's disgusting to try to sell something useless to people who are obviously desperate for money. Whether it's technically legal or not, it's definitely not ethical. 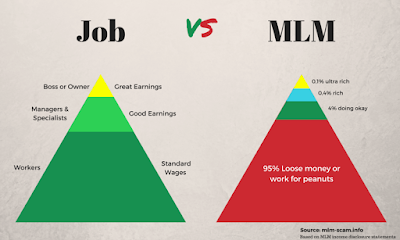 We all know that pyramid schemes are illegal, but there is something called Multileval Marketing (MLM) that is similar, and it's technically legal. Examples of MLM include Amway, Avon, Herbalife, LulaRoe, ItWorks, and Mary Kay.  The problem with MLM is that most people don't make much money on them.  They are lured in to sell the products, but only the people at the top make very much money. The FTC warns people away from them, yet the government still allows them to continue. Video Link

I've bought Avon products many times. I have an online friend who sells them. She does make some money, but not all that much, and she is always doing something else to try to make more money. Like most scams, these companies prey on the poor, the gullible, and elderly. 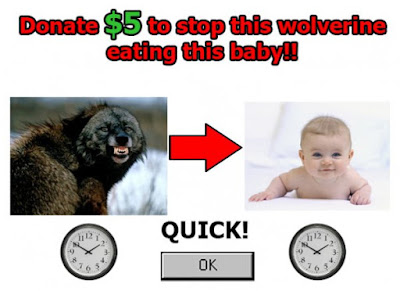 Website or online advertising has been around a long time. At first, website ads were static banners, but then they quickly became moving, or flashing (animated GIFs), and everyone hated them. They were annoying and distracting. It's all been downhill from there.  Everyone hates ads, yet companies make money on them.  Not all companies make money, and very few keep making lots of money with them.  For one thing, consumers have learned to ignore internet ads, or block them.  In response, the ads get more and more intrusive. I learned last semester that Millennials love sites with animated GIFS and videos the most. I think we know why. They grew up watching all of these constant ads!  The rest of us find those things annoying, unless we're specifically looking for them. (That's probably why younger people like them - anything to annoy the older generation).

I've had ads on my site since the 90's. They used to pay pretty well, but they don't pay as well as they used to. Advertisers got wiser about how they spend their advertising money, no doubt.  There are also a lot more websites than there used to be, which means more competition for everyone.  My site used to make a lot of money on popunder ads.  Now if I try to put up a new popup or popounder ad, Twitter puts me in Twitter Jail, or Google blocks me from linking to my site or sends me a stern warning (or both).  Only certain ads are allowed now if you don't want to anger these companies.  The ads can't be too deceptive or else Google Ads will tell you that you can't host their ads.  People say that popups are on their way out, yet I see more of them than ever, especially the kind that seem to work despite my popup blockers.  I go to a site like Buzzfeed and wonder how anyone can stand it because it appears to be nothing but ads. Some of the sites have ads that are in the way and you have to click on an X (or sometimes multiple X's in one page) to get rid of the ad (or video ad) so you can see the text.  The reasons behind having such intrusive ads are sound: in order to get users to click on the ads, you really have to grab their attention, or you have to make them click on them accidentally. Either way means you get paid.  Unless or until they come up with a better way to make money on the internet (for those of us who have content but don't sell a product), this will continue. 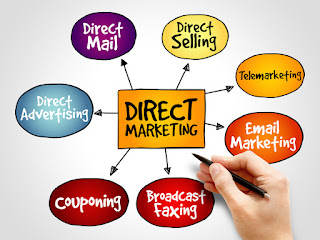 Another type of advertising is called direct marketing.  Direct marketing is frequently called spam.  You have regular "junk mail" that is often direct marketing, and then you have the spam emails, of course. Spam is also known as unsolicited bulk email (UBE), junk mail, or unsolicited commercial email (UCE). That description, to me, is kind of amusing, because does anyone really want or ask for commercial emails? No, I don't think so. It's all "unsolicited." And lastly, you have the annoying phone calls (telemarketers or robocalls).  I get a lot of these on both my landline and my smartphone.  It's gotten so bad that I rarely answer my phone unless I know the person calling.  Everyone hates these, but again, they do make money.  Besides the legal direct marketing, there are also many scam artists, liars, con men and frauds that pretend to be direct marketers but are really out to steal from you, like the old Nigerian Prince who wants you to send him money. 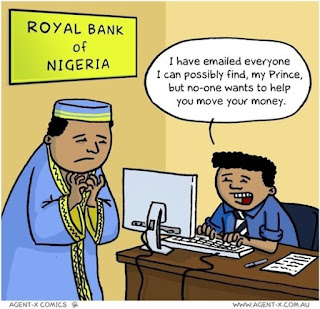