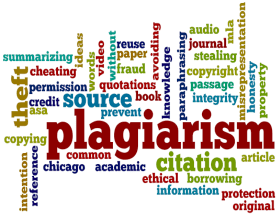 Many people in this world plagiarize. When we're in school, we're probably all tempted to copy the answers from the smart kids' papers or tests. We're taught by our parents and teachers that copying is bad and dishonest. Many students keep cheating, anyway.  Some people never learn this lesson and carry it on to adulthood. 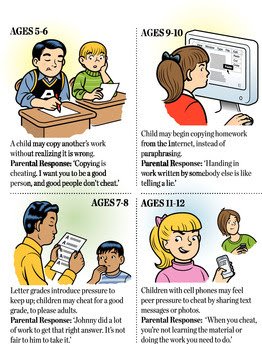 I was a teacher, briefly from 1989-1991. I taught 6th through 8th grade. The 8th graders cheated way more than the younger grades. They did whatever they could get away with, and they were often caught.  Two students I recall in particular used to copy each other's homework. The trouble was that one of those students was very smart, and the other one was not, so it was pretty obvious, especially when their answers were exactly the same, word-for-word, including misspelled words. I'm sure every teacher and professor has stories like this.  When you're a child, you take risks like that because it's part of pushing the boundaries of authority and finding your place in the world.

Plagiarizers include every type of person from students to professors and teachers; from authors to journalists, to musicians and politicians.  They often get caught, and you can read about the scandals involving that in the news all of the time. It's not shocking any more. 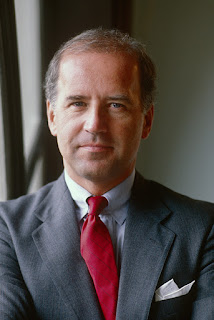 One of the most famous cases of plagiarism came from Vice President Joe Biden when he was running for president years ago. He made a speech during his campaign that sounded a lot like a speech made by a member of Parliament that same year. Biden claims that he didn't do it on purpose. If you're a very smart person, with a good memory, it's very easy to hear a phrase and then turn around and use it yourself, without even realizing it.  The current first lady, Melania Trump, also was criticized when she made a speech that used a lot of the same phrases as a previous speech given by the former first lady Michelle Obama. Video 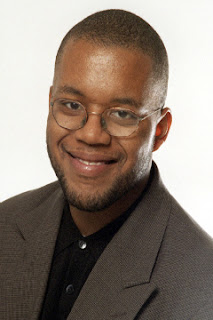 One of the most famous plagiarism cases was discovered when reporter Jayson Blair of the New York Times resigned in disgrace in 2003 after we learned that he not only plagiarized, but he made up stories.  He wrote a book about it and claimed that he was bipolar. It was mostly shocking because it happened at the New York Times, a well-respected newspaper, and because we weren't used to hearing about these things in the news yet. Video 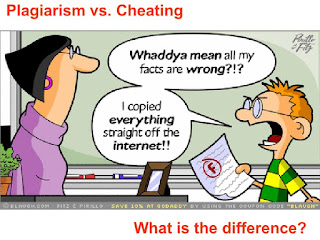 There are web sites where you can buy papers you haven't written. There is also software, like plagiarism filters, that can help the professors find out if you bought one of these papers.  Students are caught all the time cheating.  Some students just use a fellow student's paper, or one they used in another class, which is also considered cheating. It's much easier for students to plagiarize now because of the internet.  Each university handles punishment for plagiarism differently.  Some students cheat on purpose, whereas others are engaging in accidental plagiarism. Either they're unconsciously using the same phrases (such as Biden claimed), or they don't understand how to quote or attribute correctly.  Consequences of getting caught stealing others' words may include failing the assignment; failing the class; or being kicked out of school entirely. It's never seemed like a worthwhile risk to me. SAU Plagiarism Policy

For journalists or other public figures, it seems even more risky. Before Joe Biden ran for president again, and became vice-president, he was known as "that guy who plagiarized."  He had to work hard to overcome that label. Jayson Blair and many others may never be able to live down the infamy of being fired for their lack of journalistic ethics. 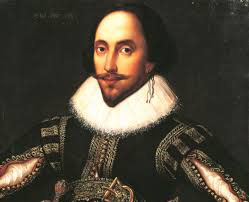 Just recently, scholars have used plagiarism software on Shakespeare's works and found that he may have stolen many of his phrases from an earlier, lesser-known scholar, George North.  If this is true, then perhaps present-day plagiarizers will know they're in good company. If Shakespeare, arguably the world's most famous writer in history, stole from another writer, then no writing can be considered sacred. Shakespeare's writing has been under scrutiny for a very long time.  Francis Bacon, Christopher Marlowe and Edward de Vere, the 17th Earl of Oxford were all writers back in Shakespeare's day who scholars considered to possibly be some of the real writers of his works. Not much is known about Shakespeare's early days, and his humble beginnings, which adds to the mystery.  Some contend that Shakespeare was merely influenced by North's work -- that he didn't actually plagiarize.  We'll probably never know for sure. Video 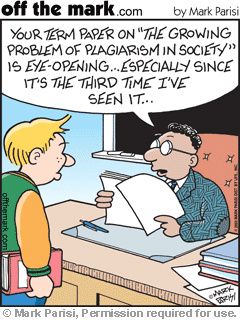 It hardly matters now whether a writer back in the 16th century wrote his own works or not. He and all of the others are long-dead.  It does matter now if students or journalists plagiarize. If a student buys a paper, then they're getting credit for something they didn't write. You shouldn't get a good grade for work you didn't do. You're not learning that way, and it's not fair to the other students who did work hard.  If a student steals information from a website or book, and they don't attribute their quotes or ideas properly, then they're not learning how to write and quote properly. They could get in more serious trouble later on, as Blair and others have.

If a journalist lies or cheats, then their entire work history, and the company they work for, is called into question.  A journalists' ethics are the most important part of their job. When someone reads a newspaper, magazine or website, they expect it to have the truth most of the time.  If that entity hires someone who just made up stories, or steals from someone else, then you won't want to read them again because they're not trustworthy.  If you read the New York Times, you don't expect it to be full of lies like The National Enquirer. The plagiarizer is not just lying but violating the public trust. 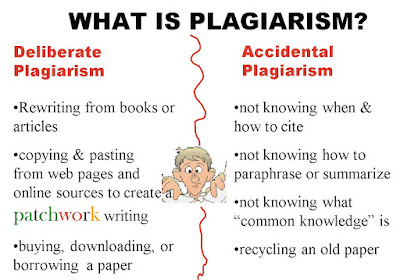