Brief #6 - Copyright or Fair Use 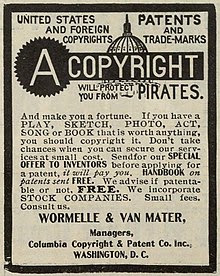 U.S. copyright law basically says that if you create something, you own it. Nobody can use it without your permission. This includes your writing (even if it’s not officially published), photos you take, artwork you make, or ideas you've created.  You don't have to make any special statement or pay the copyright office to make it official, although some feel that doing so helps your case if you have to sue someone for stealing your work.  The law protects the creators and artists from people stealing their work without paying for it or asking their permission.  There are a few exceptions, such as work published before 1923 (public domain), or very small parts of the work used (fair use), or work used for educational purposes (also fair use).  The copyright expires 70 years after an author's death, usually.  However, copyright can be renewed by the author's family or company. In 1992, that renewal became automatic. It's a little more complicated than that, but this is the simple description. Video Clip 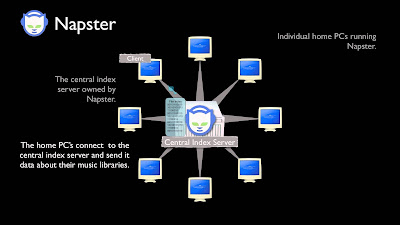 There is a lot of copyright violation online because it's so easy to do, and most people and companies don't bother to press charges against others for copyright violation if the person is not making money from their work.  Sometimes, the company will just send the person a threatening letter, telling them to take down the work, and threaten to sue them if them don't.  However, if a company notices that many people are using their works without permission, even if they're not making money from it, then they will sue. This is what happened to Napster and other file-sharing sites. The music business realized that they were losing money from all of the file-sharing going on, so they put a stop to it by fining a few high-volume users, which scared most others. Plenty of file-sharing still goes on, but it's not nearly as easy to do now as it once was.  The same is true of downloading TV shows and movies.  Also, these companies started offering cheap downloads: $1 per song, or $3 to see a TV show, or $15 or more to see a movie, which made it easier for people to get the content and not break the law.  Still, most people who write blogs or have a Facebook page or small website use plenty of photos and other content from other sites without asking their permission. It's very easy to just find an image on Google images, download it and use it.  Most of the time, the person doesn't even bother to say where they got the photo or information.  They are risking getting one of those "cease and desist" letters, though, and a lawsuit, which could cost them a lot of money. Video Clip 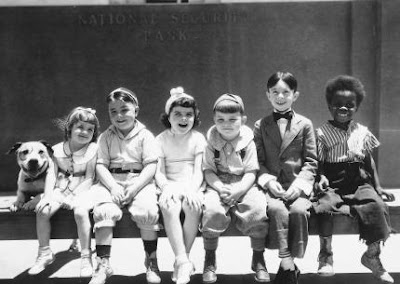 Fans of TV shows, comic books and movies have been writing fan fiction (AKA Fanfic) for a long time (stories about their favorite characters). They've also been making fan films for a very long time. In fact, the first "fan film" was in 1926, and it was an "Our Gang" fan film. Once science fiction conventions came along in the 70's, fans had somewhere to show their films. Once the internet came along, fan films increased. The increase in broadband and streaming in the early 2000's made them even more popular. No one cared about copyright laws because these were just for fun. They showed fans' love for their favorites, and no one was making any money from them. They were in a legal "grey area." LINKS 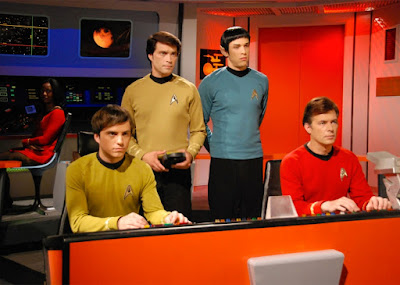 There are many Star Trek fan films and series.  The first online full-length fan TV series was made by "Star Trek: New Voyages." Their first episode, "Come What May" was in 2004. You could download their episodes or watch them streaming, but most people still didn't have broadband then, so downloading was the better option.  James Cawley was the writer, director, producer and star of the show. He also used to do Elvis impersonations, and you can tell that by looking at him. He played Captain Kirk in the production (Cawley left the role of Kirk to focus more on production. Brian Gross played Kirk in the second half of the 10 episodes).  He made beautiful sets that look just like the original ones from the 1960's TV show.  The script was so-so, but it did seem a lot like an old Star Trek episode.  To me, it seemed like something between an amateur and professional production. Their acting was fine, but the timing was a little off, either because of bad directing or editing.  However, by their next episode, and the one after that, they had improved quite a lot. For long-time Trekkies, it was great to watch more Star Trek episodes with our favorite characters (even if they were played by different actors).  They soon had some great guest-stars from the original Star Trek episodes as well as real Star Trek writers doing their shows. They were nominated for the prestigious Hugo award, among other things. Videos 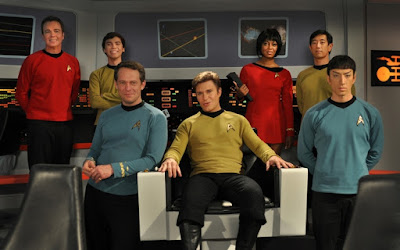 Another popular Star Trek fan film series is "Star Trek: Continues." Just like "Star Trek: New Voyages," it continued the 5-year mission of the Enterprise.  They, too, had some guest-stars from the real Star Trek series. I haven't watched it, but I hear from friends that it's very good.  CBS/Paramount, who owns the rights to the Star Trek series, allowed these shows to flourish because no one was making any money on them.  They didn't bother suing them for copyright because they knew that it increased Star Trek fandom, so that fans would continue to go to the Star Trek movies, watch any Star Trek shows, and buy Star Trek merchandise.  The son of  Gene Roddenberry, creator of "Star Trek," is behind this one. Videos 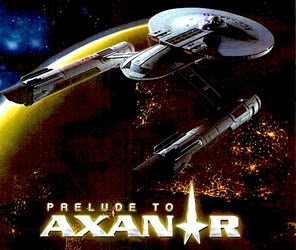 A short film "Prelude to Axanar" was produced in 2014. The group, Axanar Productions, raised money on Kickstarter to finance it, just as "Star Trek: Continues" had done previously.  Like all of the others, this was a fun fan film, not made for profit.  However, they did raise $100,000 for their film, instead of the $10,000 they were shooting for. The film was a huge hit with fans. It was very professional and had real actors, including ones from the Star Trek series.  The acting and writing were outstanding and praised by many. It felt like a real Star Trek film, even though it didn't cost millions of dollars, like those do. Trailer

Apparently, CBS/Paramount felt threatened by Axanar, so they sued them in 2015 for copyright violation.  In January, 2017, they settled the lawsuit. The Axanar filmmakers agreed to CBS/Paramount’s guidelines for their next film, and they will make two 15-minute films instead of the 90-minute film they had planned. Video 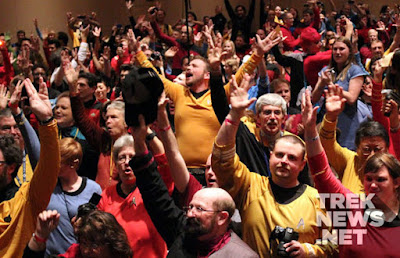 In 2016, they issued a list of guidelines for future fan films to use. These are very restrictive guidelines that will prevent any future Star Trek fan shows or films from being longer than 15 minutes.  Also, they're no longer able to use any real professional actors (former Star Trek actors or otherwise), or make their own Star Trek costumes or props, or spend more than $50,000. It's pretty limiting. Video 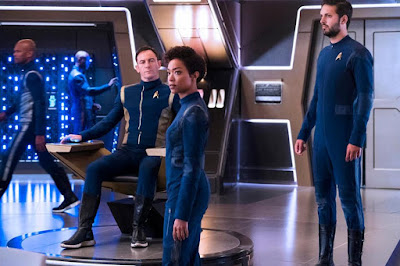 It seems clear that CBS/Paramount was alarmed by the professional quality of Axanar; they felt threatened that fans would watch those shows instead of their own Star Trek franchise.  The last Star Trek movie, "Star Trek: Beyond," was released in 2016, and another film was announced early this year, with the same cast (and possibly directed by Quentin Tarantino).  The new series, "Star Trek: Discovery" debuted this past Fall on CBS All Access. CBS is really pinning their hopes on the success of "Star Trek: Discovery" and its other original shows, to get more subscribers for All Access, to compete with Netflix/Amazon/Hulu. Video 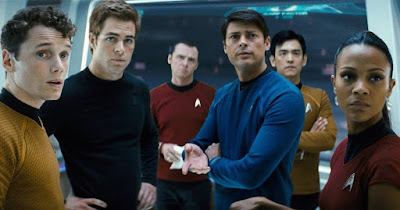 In this context, it makes sense why CBS/Paramount might object to these fan films or shows. However, in my opinion, it makes them look very bad to come down so hard on fans and to issue such ridiculous rules. They already have upset a lot of older Star Trek fans with the reboot movies, and with charging people to watch the recent series, so this lawsuit doesn't help CBS/Paramount's image.  It seems like their attitude is, "Star Trek fans will watch any Star Trek stuff we make, no matter how much they hate us." I'm not sure that's true. You really can't underestimate devoted fans; nor can you deliberately cause bad PR and expect people to forget about it.  Those who grew up watching the original Star Trek believe that it was about hope, love, peace and uniting with our fellow creatures for the greater good, not about making money or lawsuits.  Unfortunately, CBS/Paramount is a corporation, and they operate in the world of making profits and answering to shareholders. A recent Newsweek article argued that copyright laws should be loosened and that Star Trek should lead the way, bringing us inevitably into that Utopia imagined by the Star Trek creators. Video 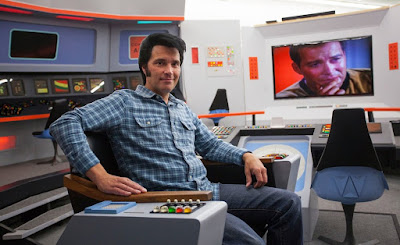 Meanwhile, James Cawley stopped making episodes of "Star Trek: New Voyages" (because of the new guidelines); you can take a tour of his Star Trek sets in Ticonderoga, New York.  "Star Trek: Continues" finished their 5-year mission (still violating the new guidelines) and quit. "Star Trek: Renegades" took the name "Star Trek" and all of the "Star Trek"-related logos off their production.  Fans are still making new fan films and TV shows. Some follow the restrictions, and some don't.  Whether there will be more lawsuits from CBS/Paramount is anyone's guess. Links 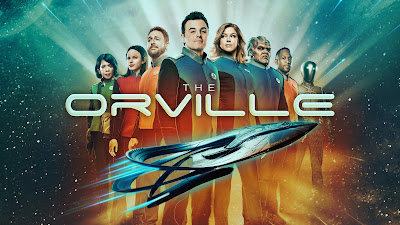 Perhaps to win back some good PR, CBS/Paramount announced last summer that they will partner with Cawley to make a Star Trek Fan Film Academy. In September, FOX created a new show called "The Orville" that seems to be a very good Star Trek spoof that just barely gets past the copyright laws.  Many fans prefer this show to the other recent official Star Trek efforts. Video