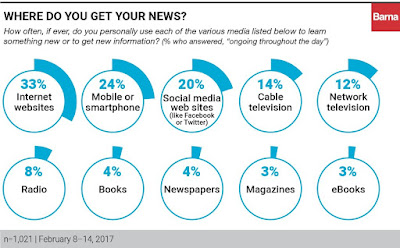 How do companies - especially online, social media companies - deal with "fake news" spread by Russians, right-wing conspiracy theorists, Nazis and other nutty people?  If they just leave them alone, they get a lot of criticism for letting people spread "fake news," or bigotry, or hate.  Some companies have figured it out, and others are flailing.  If the social media companies just deleted everyone who shared or posted "fake news," they would get even more criticism, and lose customers (not to mention, revenue). Some would complain that their First Amendment rights are being violated (even though they would be wrong about that). Deleting posts might hurt the social media companies' businesses.  Last year, Twitter, Google and Facebook vowed to use something called "trust indicators" to stop the spread of fake news (FN) on their sites.  Before you continue reading, here's a really interesting article that tells the recent history of FN. 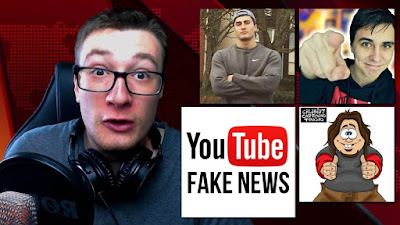 YouTube has a lot of conspiracy nuts and other crazies posting videos.  They've now decided that whenever one of these people posts a conspiracy or other FN video, they will post a link to a Wikipedia article with the facts. That way, their customers can decide for themselves, whether the person in the video, or Wikipedia, is right. That's one interesting way to deal with the problem.  However, other YouTube users, such as in India, see a lot of FN. 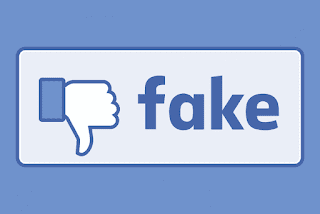 Facebook has faced a lot of negative judgement from the press, from Congress, and from others, for the role that they played in the last election (allowing Russians to post FN against Hillary Clinton). Besides the U.S., the FN also influenced the UK's Brexit election.    Last November, Democrats in congress found at least 14 FN ads bought by Russians on both Facebook and Instagram. (Instagram is owned by Facebook) Video 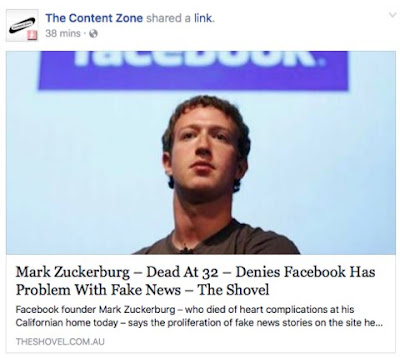 Also, many regular users get annoyed whenever Facebook allows any racist or hateful posts, yet they suspend people who show innocuous naked photos or who complain about the government (and to be fair, right wingers think the same thing, that Facebook is run by leftists who like to censor them).  They also got in trouble for targeted racist ads last year. They claim to be cracking down on hate groups and on FN.  One of Facebook's early investors, Roger McNamee, doesn't believe that Facebook really wants to do anything about it.  He says they're either unable or unwilling to do anything that will really work. Video 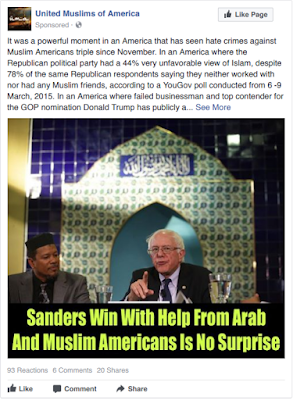 Instagram faces similar censorship criticism.  Instagram also had a lot of fake social media influencers (they use bots to make money from likes and fake comments), but they were working hard to get rid of them. 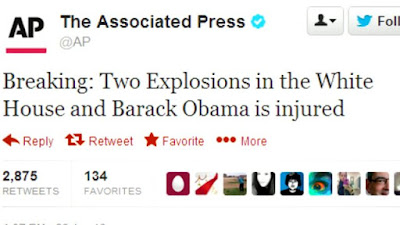 Twitter has also been criticized, like Facebook, for allowing Russians, bots and others to post FN, which affected the election.  In January, they mentioned in their blog that they were contacting users who interacted with Russian accounts that were spreading FN.  However, a new study at MIT concludes that Twitter's efforts aren't working and that FN spreads even faster and wider on Twitter than real news. Apparently, this is because FN stories are more interesting than real news. That makes sense, when you think about tabloids and other FN sources. They're always posting something outrageous or shocking because they want you to click on their link or spread the news to your friends.  Most people don't bother to check to see if it's real or not.  This is how urban myths and hoaxes start.   Not only that, but the study found that most FN is spread by real people on Twitter, not bots.  Video 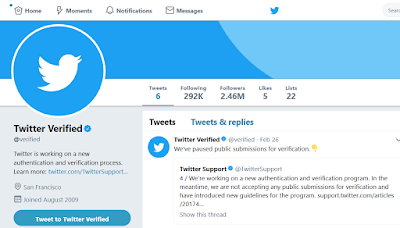 In November, Twitter stopped verifying accounts (the process they use to tell which famous people online are authentic accounts) because they were vilified for verifying the Neo-Nazi rally organizer in Charlotte.   Twitter, of course, doesn't say that their verification is for famous people only. They say it's for accounts that are for "public interest."  Only they know what this means.  Many who run companies or organizations, like myself, have been turned down for verification, without any explicit reason given. 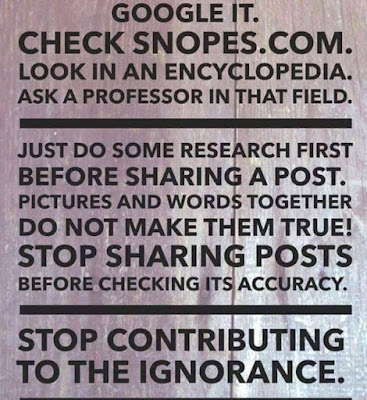 Conservatives are more likely to share FN on social media than liberals or moderates, which doesn't surprise me.   I know a lot of people on social media, of all types and backgrounds. It's almost always the conservatives that share the FN. After being online for 24 years, I have a really good perception of what is real and what's fake. Nine times out of ten, if I read something on social media that seems like it can't be true, it usually isn't.  Whenever I look up a particularly suspicious news item on Snopes, and give the person who posted it the link to the truth, I've seen many complain that Snopes is liberal and has an agenda, which is not true.   They say the same thing about Politifact, Wikipedia, FactCheck.org or any other fact-checking, unbiased site. These sites pride themselves on being factual and unbiased, but that's apparently not enough for some people.  The sites are usually run by journalists or professors and have high ethical standards.

Strangely enough, it seems that people who believe FN (probably because it fits in with their world view) don't believe it when unbiased fact-checking sites tell them that it's fake.  Perhaps they're also the ones falling for the Nigerian Prince scams, or the "Bill Gates will give you money if you share this post" kind of scams, too? Judging solely from what I've seen, many people seem to be in denial about reality and facts. As CBS News President David Rhodes said in this article, "part of the spread [of FN] is fueled by the fact that 'some people want to be manipulated' and would rather believe a fake version of events."   There's a famous quote by political philosopher John Stuart Mill, "Although it is not true that all conservatives are stupid people, it is true that most stupid people are conservative."  I'll leave it up to the pundits and philosophers as to whether that's true or not. 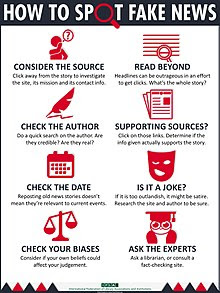 No matter what one's political beliefs are, it's up to all of us as good citizens to find the truth and facts. Don't just believe whatever you read and hear, whether it's on Facebook, Twitter, or YouTube; whether it's on the evening news, CNN or FOX news.  If it doesn't sound likely, or if it sounds too good to be true, look up the facts online. If the only people saying it online are right-wing sites, tabloids or FOX news, then it's probably a lie. If a news story is real, everyone covers it. Unlike what some people try to claim, news organizations mostly just care about news (and of course, getting paid for putting out the news - they are businesses as well as journalists).  If there's a real story, they will all cover it. They don't want to be scooped by other news networks.  If you read something in the National Enquirer or People Magazine, would you just believe it? Or would you look for better sources?  There are lots of sites out there spreading FN, or that have bias, whether it's social media posts, or Breitbart, or TMZ.  They sprinkle a little truth and facts in there to make it believable, but most of what they say is skewed or outright lies.  News sites like Reuters, AP; real newspapers like The New York Times, The Los Angeles Times, and The Atlanta Journal-Constitution are well-respected news sites that don't have much bias in their news (their opinion columns are completely different and labeled as such, so you know the difference).  This site tells you the most unbiased and most trustworthy news organizations, and how people of all political types view them. Video 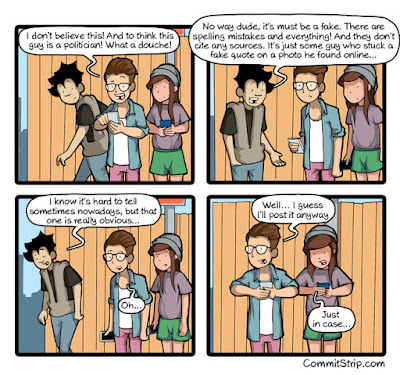 It will be interesting to see how social media survives all of the criticism and whether they really can keep the FN out.  This article explains why this task is almost impossible, and that the social media companies don't have a lot of incentive to spend much time or money on the problem.  In another article, 32 business experts were asked about the future of social media.   Only two of them mentioned FN and how Facebook and Twitter would crack down on them.  I think that the social media companies are hoping that the criticism will die out, but I think that it will become even stronger, especially as the next presidential election draws near. They may face even bigger challenges if they're not able to at least minimize the FN. 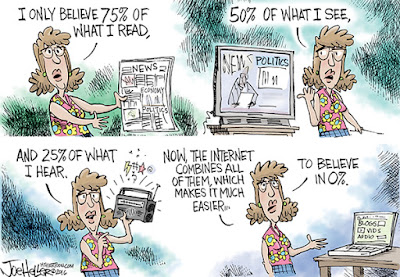